Ways To Stay In The Spirit Of Pride Month 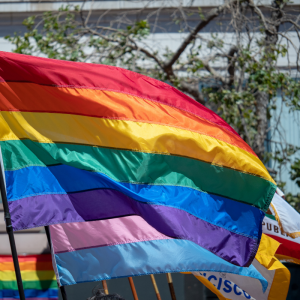 You have probably seen people put their pronouns in their bio at least once, but many people do not know why it is important.

As you probably already know, June is Pride Month. During this time that we are living in, many Pride Parades have been canceled. There are many organizations that are coming up with their own way to celebrate from the safety of your home. Two organizations that host large Pride parades and festivities,  NYC Pride and San Francisco Pride are both planning an online pride event with performances with celebrities and much more. Alternatively,  some LGBTQ+ nonprofits are doing, is asking people to send in videos of themselves to make a video like BiResource is doing to show that nobody is alone. While all these are amazing things, they are not the same as the usual Pride Parades. It is hard for people not to see anyone like them in person. However, there are things you can do to celebrate during these unusual times that will help people realize that they are not alone.

Putting your pronouns in your social media bio.

You have probably seen people put their pronouns in their bio at least once, but many people do not know why it is important. It can make transgender and non-binary people feel more comfortable by normalizing it. Especially if you are a cisgender person who has used the same pronouns since birth, like she/her for me, do it.

Ask questions & do research if you are confused.

While people will definitely have different opinions on this, I would not mind personally if people ask me questions. So if a friend of yours has offered to answer your questions about their sexuality or gender, ask them about something if you are confused. If you do not think that they would be comfortable, you could always research. There are plenty of resources all over the internet. The Human Rights Campaign also has a glossary of terms that I found very helpful. Even within the community there are people who don’t fully support everyone that’s a part of it, and that could partly be due to people not understanding something about someone else’s identity. Which is why research and asking questions if you can is so important. Another problem is that people use terms without understanding its meaning or make up terms. Like a “bisexual lesbian” is a term that doesn’t make sense but I’ve seen people use it to mean that they’re bisexual and prefer dating women. It’s actually harmful to both bisexual people and lesbians because it invalidates both of their identities. Sometimes people will make terms like that and it’s harmful to the community.

Help to stop normalizing jokes about the LGBTQ+ community.

I bet you have heard someone use gay as an insult at some point in your life. While there is nothing wrong with being gay, it is still used as an insult to this day. Tell people that it is not okay to use it as an insult. One that I have heard personally is that bisexual people are just desperate and always need to be in a relationship. While this person did not know I was bisexual, it still hurt. I haven’t told this person that I’m bisexual because of this, but I did say that it isn’t okay to say that. Speak up and tell people that stuff like that is not okay, even if you’re afraid to come out to them still tell them that it’s wrong.

Help push for reforms to be made for LGBTQ+ rights. According to ACLU, in 31 states in the U.S. there are no explicit employment protections for transgender people. If you can, donate to organizations that help fight for LGBTQ+ rights and stay informed about how you can make your country and where you live locally more accepting of LGBTQ+ people.

Pride Month is not just about parades, it is about coming together and supporting each other. 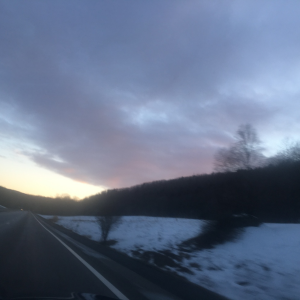 PrevPreviousI am Non-Binary.
NextGrowing Up BlackNext