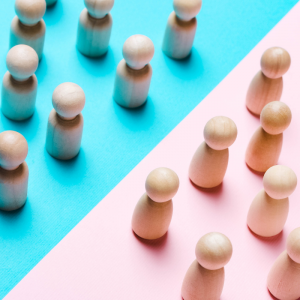 For me, puberty wasn’t just hormone-fueled emotional turmoil and pimples. It meant being forced into a body that felt unbearable, and a particular existence that I did not sign up for.

I had a really hard time during puberty– like most people do, I guess. I remember reading The Diary of Anne Frank in school, fixating on the page with wide eyes as Anne talked about the excitement she felt over becoming a woman. Meanwhile, I watched in horror as my body started to outgrow the shell I desperately wanted to stay in. When being applied to me, the word “woman” never sat right. In an attempt to resist my own growth, I developed an eating disorder.

I went off to college finding myself worrying more about food and the size of my thighs than I was about making new friendships. My world quickly spiraled out of control, landing me in treatment center after treatment center. Some suggested that this was simply a way of freezing time, a way of sheltering myself from the strains of adulthood that I was not ready for. Others suggested that my rejection of womanhood was me hiding from sexualization and objectification. Perhaps starving and shrinking myself was a cry for help, an act of rebellion, a way of finding agency in a world I felt I had little say in.

People had all sorts of ways of narrating my own story for me. And yes, maybe those are integral parts of what contributed to the development and maintenance of my eating disorder. But there was a piece of my experience that wasn’t being named yet. It was more than bad body image, but I didn’t have the framework, language, or insight to understand this at the time. Each relapse came with great comfort, as I repeatedly attempted to re-embody my prepubescent form.

After aimlessly grasping for possible conceptualizations of my experience that made sense, I am only now finding the words needed to describe the specific aspects of living in my body that feel distressing. For me, puberty wasn’t just hormone-fueled emotional turmoil and pimples. It meant losing a vessel I felt comfortable in, being forced into a body that felt unbearable, and being pinholed into a particular existence that I did not sign up for.

Something felt off, but I didn’t know what. I avoided giving too much weight to this thought as much as possible. I dressed as was expected of me, kept my hair long, dated boys, carefully stayed on the edge of cute androgyny without leaning too far into butch territory– limited my exploration, just in case it ended up not feeling right, in case people would think me weird, call me indecisive, roll their eyes when speaking of me to others, etc. I struggled to risk presenting myself to the world as a half-finished product. But as Nietzsche writes, “all truths that are kept silent become poisonous.” Hindering myself in this way took its toll, and it led to a vague sense of agitation over feeling trapped in this world, a belief that I would never be able to feel a sense of home in my own body and being. I have learned that homophobia and transphobia encompass more than just blatant slurs. I live in the Bay area, but still didn’t manage to escape internalizing some stigma towards the queer community– It’s been tough accepting my own self and mourning the idea of who I had hoped I would become.

I’ve harnessed so much stress over the fact that I haven’t followed the more well-known trans narrative. I wore dresses as a kid and didn’t have much of a problem with it. I like dangly earrings and pastel colors. I treasure parts of my femininity. I haven’t always felt as though I was in the “wrong” body– at least not until secondary sex characteristics came along and became all I could think about. Distress over my sex and gender clashing gradually came to my attention– it was less of a crispy, “a-ha!” moment and more of a subtle crescendo of awakening. It involved zooming in on myself and asking, “Is this who I want to be, or is this just who I’ve been told to be?” I discovered my gender and identity in bits and pieces, started to validate my inner truths, and reroute the ways I was showing up in my life accordingly.

Despite patient consideration and plenty of hours talking it through in therapy, traces of doubt were still running through my veins as I was being put under for top surgery. And yet, somehow, choosing to go forward with that surgery was the best decision I ever made. Proof that my intuition could be trusted to guide me to a happier place. A weight off of my chest, a relief that’s minimized by any attempt to put it into words. Some things can not be known until they are put into action.

I think the words “non-binary” and “trans” resonate with me. I think I want to start on T. I’m dipping my toes in, seeking out trans YouTubers that share pieces of their stories, reading books by queer authors, searching for representation of what mirrors my experiences, talking to people, and staying curious. My story doesn’t have a ribbon tied around it– it’s messy, confusing, frustrating, scary. Transformative times ask for so many big and small leaps of faith. I am grateful to now feel safe enough to give myself the space to explore new territory– the space I had deserved all along. 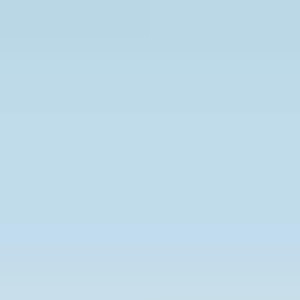