What Cracked My Egg 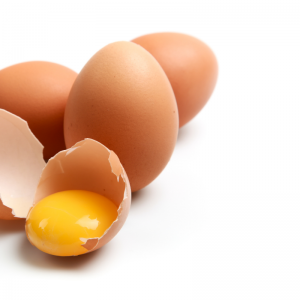 Sometimes one of them would say “Oh my God I forgot you were a boy!” when they realized they leaked out girls-only secrets while I was there. I pretended to get offended, but deep inside, I was happy?

Have you ever thought you were someone and then turns out you’re someone else entirely? That’s what happened to me. I thought I was a cis-may-not-be-totally-hetero man for a long stretch of time, but then I saw a video of a trans woman sharing her experience with dysphoria. Let me tell you, seeing that many parallels between our experiences got me questioning myself pretty quickly. My ads and YouTube  algorithm got shaken up and everything on my recommended tab were trans videos. It was a wild month, I’m telling you. Anyways, I’m here to share my experience, hoping that I can do for you what that woman did for me.

Let’s start with my childhood, shall we? You see, my childhood was pretty normal, one might even say that it was a pretty Cis childhood. I played with the boys, I got a ton of action figures, I built my own toys out of broken ones or even random pieces of wood I found. See? Pretty normal, right? It would be if not for the fact that I played with my mom’s makeup and dressed up in her outfits while she’s at work. Back then, I had this foreboding feeling like something’s off—seriously off. Like, I was told I was a boy, I believed I was a boy, I didn’t know I could switch teams. But when I wore my mom’s clothes, thought of myself as a girl, it was one of the most peaceful moments I remember as a child. I seriously just dressed up and took naps. Alas, as I grew up, I saw how trans women were treated by adults and fellow kids. They were ridiculed, got called sinners, even slight femininity in boys meant that they’re a free open target for bullies.

So, I stopped my home-alone shenanigans, and I did everything I could to fit in. I imitated the man in my life, my elder brother, a drug addict with serious behavioral problems. He abused me, so I imitated that and abused those weaker than me. It was horrible, but I fit in with the boys thanks to that. The more my toxicity ramped up, the better I fit in with the boys. Despite all that, something was gnawing at me from deep inside. I was not happy; I was slowly losing my will to keep doing all those things to fit in. It wasn’t that I grew a conscience or anything, it’s just that… Instead of “Oh no I hurt others to make myself feel better”, it was more like “I don’t feel better despite all this hurting I did.” Yeah, I was a bad kid, but that’s a whole other story. This chapter of my life ends just as I started middle school. You know the drill, new start and all that.

This is also the time when people hit puberty, so you know what’s coming; CHANGES. I’m telling you, I did NOT like what was happening. I couldn’t really pinpoint why at the time, it just felt like this wasn’t my body. Like I saw hair growing on my legs and the first thing I did was grab my brother’s razor and yeet the leg hair. Bright side, it took 6 years for it to grow back so that’s 6 years of one less thing to bother me about. But like most trans people going through puberty, it all went downhill from there. My sense of dread, the sense of “wrongness” I felt as a child amplified. I was able to go through school without being a massive douchebag hiding my own insecurities, I faked my smiles and hung out with the boys. The only time I remember from back then when I wasn’t haunted by that dread was when I sometimes ended up hanging out with a group of girls due to circumstances. We talked, we gossiped, we joked. Sometimes one of them would say “Oh my God I forgot you were a boy!” when they realized they leaked out girls-only secrets while I was there. I… I pretended to get offended, but deep inside, I was happy?

Yeah… A lot of that kept happening. Just me livin’ the cis-boy life and being told that I do things like a girl, or I look like a girl, and I would act offended because that’s how I thought I was supposed to react. But I was happy and giddy inside. During college, I was passing as a girl without any makeup or dresses. I was mistaken for a girl in my “dude mode”. And every single instance of those, I was happy inside but lashing out on the outside. But this is just surface-level stuff. Let’s get to the meat of this disaster burger.

Remember the sense of “wrongness” I mentioned? And how things went downhill since puberty? Well, let’s talk about that. At first, it was just a feeling that something’s wrong. Almost like that feeling when you left your front door unlocked, or your electronics at home unplugged, but you couldn’t really remember exactly. Now multiply that by a thousand. After puberty started, as I aged, that feeling kept getting worse and worse. It went from “Something’s wrong” to “This isn’t my body.” Yeap, I disowned my body. I didn’t really know why I felt that since there were no specific parts that I was unhappy with that made me think the whole thing should be disposed of. A few years later, it went to “This isn’t my life.” It kept escalating to the point I believed that “This isn’t my world.” I attributed those feelings to me being a Chuunibyou (Google that). But boy was I wrong. Anyway, let’s not skip ahead just yet.

Lastly, I stopped caring about other people, because this isn’t my world. Why should I care about someone else who lives in this world when no matter what I do, I’ll never be happy in it? I retreated from social life, lived like a hermit. I didn’t go out unless it was to restock my supplies of food and nicotine, and slowly cut people out of my life. As you can imagine, my life has been a train wreck. A well-deserved one, but I think I could’ve avoided it if only my egg cracked earlier.

After googling a ton, reading through Reddit and Twitter posts by trans people, I talked to a few “close enough friends to share stuff with but not close enough that losing them would affect me more than a few weeks” on discord. To my surprise, they were supportive, and suggested that they try referring to me with other pronouns. I shot it down because frankly, I was still scared. My whole world was shaking, but for some reason, it didn’t feel all that bad. Then, during one lonely night, I muttered something to myself, in a low enough voice that only I could hear. “I’m a girl.” The moment those words reached my eardrums and my brain processed what happened, I burst into tears for the first time in ten years. (Side note: I wasn’t able to cry for the past decade no matter how hard I tried or how bad things got.) I was shaken, my entire world collapsed in that instant. I was crying for the first time in a decade but not from sadness; it was tears of joy. For the first time since a looooooong time, I felt something. I felt happy. I spent an hour just crying and repeating those words to myself.

My world did collapse that night—or rather, shattered. My “world” was the eggshell keeping me trapped. For the first time in my life, I saw what was beyond it. The world gained colors, I felt alive again. Everything suddenly made sense and I started to accept this body, this life, this world. This isn’t not-my-body, I just need to jab estrogen in it to fix it. My life? Hell yes, it is, I was just not living it. I was living some boy’s life, that ain’t mine. This world? Well eh. It’s a shitty world, but it’s a world I can be a girl in and not get killed in some parts of the world. My whole perception changed overnight, with just 3 simple words. “I’m a girl.” Are those 4 words? I don’t care. I’m a girl!

A-Anyway I started examining my life again, now that I could see what I was missing. Holy hell, I’m telling you, I’ve raised so many flags over the years and I didn’t catch ANY of it. I PAINTED MY ROOM PINK! PINK! HOW DID I MISSED THAT?! Looking back, I discovered a dream I would’ve had earlier if I didn’t bury everything non-gender-conforming. I wanted to go back to college, study for this career path I want to chase after; restart my life. I wanted to work, socialize. I wanted to go outside for no reason other than to chill and meet people. I had already spent the past decade burning every bridge and poisoned every well, every opportunity I’ve had before, I’ve destroyed them. But that’s a story for another time.

This is the story of how I lived with dysphoria, how it affected me. This is a story of how discovering myself changed how I view this world. My name is Rina and I hope that by sharing this, it could help you shatter your own shell-world and discover the world beyond it. You’re not alone. 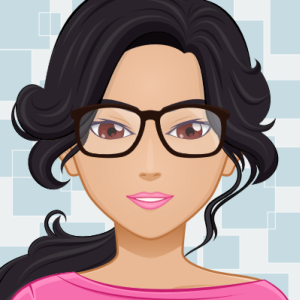 Rina (she/her), from Malaysia. Taking the opportunity to get her life on track.