I Knew I Had A Non-Binary Gender Identity In Kindergarten 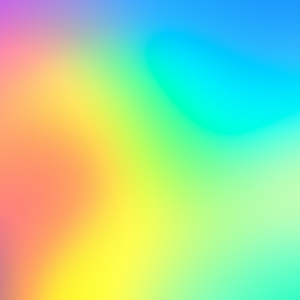 Well, why didn’t you just ask to use the bathroom?” She questioned further. I lowered my head, unable to respond. I knew who I was at my core, and it was most definitely not a boy.

Bullying became my norm, and the bathrooms and locker rooms, where teachers were nowhere to be found, became dangerous.

This article was featured in the HuffPost Beyond Binaries series on March 15, 2017 after the Trump Administration rescinded protections for transgender students under Title IX.

Given that protections for transgender students have just been rescinded at the federal level, our youth that are afraid of the consequences of coming out need a voice. Here is my story.

It was 1997. I was five. That’s when I first had to make the decision on which bathroom to use. I was in gym class, with a basketball between my feet, when suddenly nature was calling. In fact, she was banging at the door. Normally I would have used the single stall bathroom in the kindergarten classroom, but since it was gym class, the obvious choice was to use the toilets attached to the gym. For this reason, I had a difficult decision to make.

Then there was the girl’s room, which each had their own stalls. But I knew this couldn’t be an option because, prior to this moment, I was made very aware that I was perceived as a boy. The girls in my class wouldn’t let me play with the stuffed animals and made me be the dad when we played house. Going to school made me aware of gender, and my expected role because of it; I hated it.

I could have asked to go to the classroom, but again, I’d be “othering” myself because “why not just use the boy’s right here?” So, in my infant little head, all I could think was: “Hold it, hold it, hold it!”

As you can guess, I couldn’t hold it. I peed my pants in gym class. To my astonishment, nobody noticed right away. I thought I was home free until I saw the teacher smelling the puddle I had left behind. I tried to lay low, but as we left, class the teacher saw my soaked sweatpants, pointed at me, and said: “Was it you?!”

Embarrassment hit me like somebody had just snapped me with a towel (we will get there in a minute). “Well, why didn’t you just ask to use the bathroom?” She questioned further. I lowered my head, unable to respond. I knew who I was at my core, and it was most definitely not a boy. I was not like the other boys, and to this day I’m not, no matter whether it’s straight men, gay men or trans men. I knew this, but didn’t have the language to explain. I know for certain it wasn’t rudimentary bathroom shyness, because even today I feel uncomfortable in the men’s room, but not in multi-stall, gender inclusive restroom facilities.

As I grew up and entered middle school, and using the boys locker room became inevitable, my woes only got more serious. Bullying became my norm, and the bathrooms and locker rooms, where teachers were nowhere to be found, became dangerous. I was taunted for the deodorant I used. I was called a “fag” everyday for my perceived homosexuality, but I didn’t know what that was. How could I be concerned with attraction when I was in survival mode? I was even pitted against one of very few people of color who also was harassed, but for reasons other than his gender, and pressured to physically fight.

Luckily, in high school, I found a community of other students that had diverse sexual orientations, and I no longer felt alone. But as I began to explore my gender, wearing a dress for the first time and being overjoyed that I was mistaken for a girl at a screening of “The Rocky Horror Picture Show,” the bullies came back. An innocent picture taken of me that night in that dress, with a leg wrapped over a previous boyfriend, was anonymously sent to my mother (and I thought I had asked for it to be taken off Facebook in time, silly me!)

I had never seen my mom so angry. This sent me again into survival mode, but this time my goal was to make sure I didn’t get disowned and lose my chance at a college education. This was the common theme of LGBTQ media and was happening to my peers. This was my worry because I had privilege and opportunity.

Next thing I knew, I found myself engaging in sex work as a 17 year old to save for college. I was obsessively smoking and drinking to simply forget about the fear and cope with my reality. After being forced out of the closet (then as gay), the opportunities that lay ahead of me were not suddenly taken away. I am one of the lucky ones, because I have privilege.

I had difficulty with how society (mis)understood gender back when it wasn’t a national conversation. I can only imagine what our trans youth are thinking, feeling and experiencing as they see the federal government target them. The hope that was granted under Obama was stripped away from under them. When our LGBT youth are two to three times more likely to attempt suicide, are more likely to be homeless and have the highest rates of tobacco, alcohol and other drug use, it’s time we prioritize their well being (healthypeople.gov).

Let’s stop for a second and take a look at the realities, and hopefully we can clear up some confusion. What is gender? How is it different from sex? Can only girls wear dresses? I’m no doctor, psychologist, nor a gender, women’s and sexuality studies major, but I do finally have the language to share what I knew was my truth as a toddler. Many people confuse the following three distinct spectrums into one concept of gender:

Much power (in the favor of men) is derived from this misconception, which is demonstrated through the need for women’s equality movements like women’s suffrage, reproductive rights and equal workplace treatment. However, we can have XY, XX and even XXY chromosomes in determining our sex. In fact, one in 1,500 to one in 2,000 births are noticeably atypical in terms of genitalia that a specialist in sex differentiation is called in according to the Intersex Society of North America.

So, logically, we cannot determine a baby’s gender identity based on its sex with only two gender options, male and female, commonly referred to as “the gender binary.” Rather, we must view gender identity as a fluid spectrum in a way that is not directly correlated with a person’s sex and let people self-identity to us. Then, we ought to let people express themselves however they want without limiting them based on their sex nor gender identity. This is the freedom I expect as a United States citizen.

Now, even though I am no longer in school, I get faced with the reality that I am gender non-binary living in a world that usually is only inclusive to men and women. It can cause a lot of anxiety. At the end of the day, all I ask is to be treated with the same kindness and respect that the men and women of this country want for themselves. 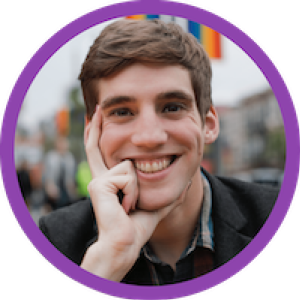 Author & Poet. Hacktivist. Nomadic Entrepreneur. Kylé (KEE-lay | he/she/they) Graden is a Jack & Jill of many trades and has worn many types of headwear over the course of their present-day existence. Kylé likes to connect with people that are creating a more accountable, transparent, and equitable world. Kylé enjoys philosophy, philology, and philanthropy and is dedicated to empowering others. Volunteer of: deafkidsCODE.org, TransTechSocial.org, StartOut.org, & GreenAdvantage.org. Initiator of: EmbraceTheSpectrum.com & WitWay Inc Partner of: Btechies.com & Vault12