“If you touch me, I will kill you,” I said to her.  I stood in a corner with my fist balled. An elevator on one side of me and a wall on the other.  She stood with her fist balled, veins in her head jumping, matching my stare and blocking me in. She stepped back, fully aware that although I was not holding a weapon, I was most certainly going to kill her if she touched me. I met her three months earlier. She was an open masculine lesbian with baggy clothing and short hair. When she walked into a room, eyes fell on her because she was charismatic, hugging and flirting with a woman and laughing and joking with men. She knew how to play a room and did it well. She often talked about her girlfriend and their life together. I was the complete opposite of her. I was a bisexual androgynous loner who walked around with my headphones on in an open call with my long-distance girlfriend who I adored. Most knew and in jest, light-heartedly commented on my open calls and adoration. In time she became aware of it as well; thus, we bonded over being in a same-sex relationship. We became friendly and I was pleased with this new developing friendship because I did not have any female friends who dated women. It was nice that I found her. Also, to me, as a member of the LGBTQ+ community, she was family. Very often in seemingly heteronormative environments, it is refreshing to interact with LGBTQ+ members because there is a sense of home. As it stood, we were friends. We joked and laughed and talked about the day to day intricacies of our lives. Then one day all of that changed. In a typical conversation, I very matter-of-factly mentioned my bisexuality.

After that conversation, we were in a group and she started making disparaging, vulgar jokes and comments about bisexuals at my expense while locking eyes with me. Also, I started noticing that when we were alone, all was fine and she was friendly; however, when others were around, she was unkind. It was as if she was trying to adhere to some social standard that dictated to lesbians to hate bisexuals, as she took great care to show everyone that she was disgusted with me. I soon realized that she was ashamed of our friendship. She became more cruel, harsh, and aggressive towards me. With one word I become her enemy. She unequivocally hated me because I was bisexual, so I, of course, stopped socializing with her.  This angered her, so she started harassing me by making caustic comments. I ignored her and went on with my life and day. She talked and talked and talked. She told everyone and anyone who would listen that she hated bisexuals and; therefore, hated me. She talked about me. She talked about choking and beating her girlfriend. She then, again, talked about me. She was incensed at the mere sight of me. I did absolutely nothing to warrant the hate. The Bisexual Resource Center lists the stereotypes that are associated with Biphobia. The list includes the following:

• Bisexuals are untrustworthy or traitors to the LGBT community, because they can take advantage of “heterosexual privilege.”

• Bisexual men are too afraid to fully “come out” and therefore are “really just gay.”

Even though I did not demonstrate any of these stereotypes, she still hated me. Stereotypes are dangerous because they create and perpetuate falsehoods about people, which can lead to violence against the stereotyped individuals. Even so, abled-minded individuals are responsible for their actions and should think for themselves, irrespective of what social standards dictate to them.

Nonetheless, she hated me. I continued to ignore her until one day, I did not. She made a disparaging comment and rather than ignoring it, I stopped and addressed her, to which she responded by denying that she even made it. I let it go.

However, I later learned that this angered her, so she decided to attack me. She announced and planned it. When I saw her, she was angry, agitated, and restless. She then took off her shirt and walked around in a sports bra, staring me down and rubbing her hands together malevolently. She walked over to me and I to her. We stood so close that our noses nearly touched.

“Do it,” I said tired and ready. A crowd formed and watched.  She stood looking at me, breathing heavily. I walked away.

As I was walking, she ran toward me, blocking me into a corner, stepping closer, her fist balled and teeth clenched so tight that her jaw shook.

“If you touch me, I will kill you,” I said.  After she stepped back, we stood staring at each other until someone intervened. There is never a reason to threaten violence and although it has been years since that confrontation took place, I regret the words I choose at that moment.

I never saw her again after that day, however, that experience haunts me because I was naïve to the realization of “Biphobia.” The Human Rights Campaign defines “Biphobia” as “Prejudice, fear or hatred directed toward bisexual people.”

My experience with “Biphobia” has taught me to advocate for bisexual awareness because hate is often derivative of ignorance.

Not all lesbians and gays are biphobic, for I have met so many in my life who were loving, kind, and accepting.

Biphobia has no place in the LGBTQ+ community because it rots the very core of it. Many biphobic gay and lesbians vehemently fight against homophobia, yet swiftly turn their swords to the neck of bisexuals and justify doing so. This should not be so. The notion of “Love is love” is a pervading anthem within the LGBTQ+ community, yet within it, there is so much hate. If love is love, then let love be love and let it anchor the very idea of acceptance that the LBGTQ+ community rests upon.

“How to Support Bisexual Youth.” The Trevor Project, 16 Sept. 2020, www.thetrevorproject.org/resources/how-to-support-bisexual-youth/. 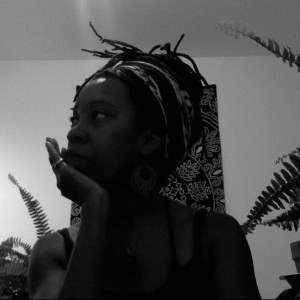