The Lake: A Sestina 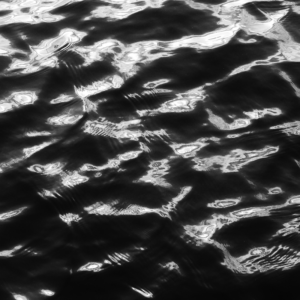 Of course, the lake he stares into is stripped of its hues. Its once glinting color now stands dull with the rest of the onlookers: black and white, not enough.

from his obscurities. Was it the painted nails

on masculine digits, the slight strut in his stride, or the two

personalities he wore that made faces turn to an uneven arc?

The same ones that upturn upon that bible verse: leviticus, sinful, a single color.

Of course, the lake he stares into is stripped of its hues. Its once glinting color

now stands dull with the rest of the onlookers: black and white, not enough.

And though the refracted image of the boy, in hindsight, is him, neither the arc

around his belt, nor his murky skin could hide

his real image. An image that strings together two

narratives into one, hardened by rainbow nails.

The boy remembers of when snout tubes, british cigs and coffin nails

meant as little as did an effeminate tone. He remembers the color

once found in his own voice before the world split him in two,

with his love, had forced him to hide

Removed from him a long-awaited hero’s arc.

he who sits cross-legged is to be met with nails

and crosses. And so he tries and tries to hide

his feminine taints, and to erase the bands of color,

hoping that it would be enough

for a normalized facade, but, ultimately, is left in two.

Yet he remains unhinged to either of the twos—

Separated from femininity by the extra skin arched

in between his legs, ungallant enough

for the ballsy other. He stays fixed onto the lake, nailed

on a vision of his past self. Body chalk full of color,

flowing free with no need to hide.

And in that park, through that lake, the hide

of past shadows, the uncertainty between twos

constrained the boy no more. He came out with the colors

that had never left, and learned that that arc

in which denies him the right of love, of comfortability, nails

together the hands of those who also struggle, which was enough.

No longer a need to hide,

No longer split into twos,

But found, with color. 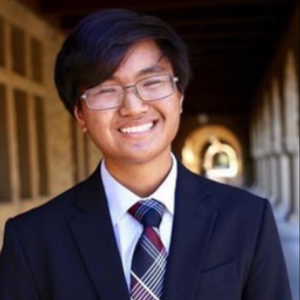 Lorenzo (he/him) is currently a high school senior studying in the Greater Los Angeles area. He enjoys expressing himself through all forms of art: the visual art of drawing and contemporary dance, the creative art of poetry, and more.