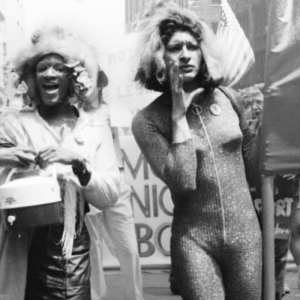 This is a time for queer people to stand in solidarity with black Americans struggling for survival and dignity.

As Spring gives way to Summer, we enter the gayest month of the year, June, Pride Month. Like many LGBT people, I look forward to Pride all year, which has morphed from a protest march to a Carnivalesque celebration of our success in gaining rights and recognition as queer people. We’ve known 2020’s Pride would be muted or outright cancelled thanks to the pandemic, and rightfully so. But the beginning of June, normally a time of recognition for LGBT people, has instead been marked in America by a fierce wave of protests against police brutality and for Black lives.

For those of us still hoping to celebrate Pride in some way, I remind you that Pride too has its origins in fierce violence, struggle, and rioting. No one who opposes the Black Lives Matter protests should be celebrating Pride, particularly those who support the cause but wish it were more peaceful. This is a time for queer people to stand in solidarity with black Americans struggling for survival and dignity. Every year Pride remembers the rioting at Stonewall, which was also in response to police brutality. The Stonewall riots were a spontaneous reaction to police violence, led by people of color, trans women, drag queens, and butch lesbians. It was an uprising of the most oppressed, most marginalized, and most fed up.

Pride today, in major American cities, is a celebration rather than a protest. And we have much to celebrate: decades of struggle have made it possible for gay people to live freely, love, gather, and marry. These rights weren’t won easily, or peacefully. Gay liberation did not come from strongly worded letters to congressmen, or organized and permitted cop-approved protests. Stonewall is only the most famous example of a long history of riots and protest movements by LGBT people. In 1979 the White Night riots rocked San Francisco following the murder of city Supervisor Harvey Milk, the first openly gay person elected to office in California. The early days of the AIDS pandemic, dismissed by the Reagan administration as a gay disease, were marked by mass protests and “die-ins” by queer people demanding help from a state indifferent or hostile to their concerns. These activists and their protests were loud, abrasive, inconvenienced people, broke windows, and were at times violent. And they were often successful – activist pressure helped get funding for the fight against HIV/AIDS and pressured politicians to grant legal rights to queer people.

LGBT people have long struggled against abuse from the police. To this day trans people continue to be subject to police violence, particularly Black and brown trans women. Pride month is a time to remember that history and have solidarity with the Black people currently on the streets struggling against the American police state. We of all people must appreciate that rioting and chaotic or violent protests are a response to systemic violence. Stonewall was the boiling over of frustration from years of untold abuse, just as the protests following the murder of George Floyd are only the tip of the submerged iceberg of violence inflicted on Black and brown communities. The protests are not the result of nihilist, chaotic, selfish or violent desires but the manifestation of fury, and a desire for justice.

As a white gay man I cannot speak on behalf of the Black Lives Matter movement. But I am mindful that I am the beneficiary of generations of struggle for my rights. Events we look back on as positive turning points in history – like Stonewall – were at the time condemned as senseless violence carried out by criminal elements of society. Rioting is many things: a political strategy to pressure the state into action, an expression of suppressed feelings, a spontaneous defensive reaction to police violence. Sometimes it is successful in advancing its cause, but it is always latched onto by opponents of the movement to delegitimize it, as though broken windows could deny the grave injustice of the murder of Black people at the hands of the police. We as queer people must not fall for it. It is the height of hypocrisy for white gay men to condemn protests against the police. Rioting brought us Pride and liberation. Perhaps one day the struggle for Black civil rights will be remembered in celebration, instead of continued in protest. Until that day, all freedom loving people who have benefitted from past struggles against the state must support our Black brothers and sisters fighting for their rights in the streets.

For those of you eager to help but unsure how, I’ve attached a list of Black-led LGBTQ services and activist groups that could use your support this Pride Month. 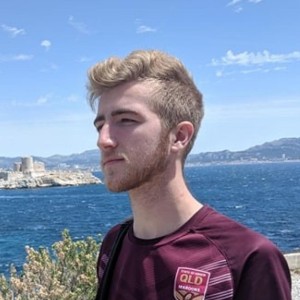 Kieran (he/him) is a recent graduate of the University of Michigan, having studied political science and international studies. He is from San Francisco, CA, and has lived in Michigan, England, and France besides. He is currently writing freelance and volunteering and doing mutual aid during the Covid-19 crisis.