How I Discovered What Being Gay Was They taught me that being gay isn't just how we feel about the same gender. Being gay is accepting yourself and knowing that you're not alone, even when it feels that way.

I started questioning myself in fourth grade. We were lining up after recess and there was this incredibly cute girl I was friends with. I swear she was the cutest girl in the fourth grade. Anyways, our lines were close to each other and we were talking while the teacher was making sure no one had hidden in the bathroom. Once the teacher finished, our lines started moving and I am telling you, the sun hit her face so beautifully and everything started moving in slow motion. The rest of the world blurred and I heard nothing but my own heartbeat and breathing. Before I knew it, I was leaning in to kiss her on the cheek.

Then my line moved. I caught myself and entered my class. I didn’t talk to her for the rest of the year after that. I felt that what she made me feel was unnatural and I didn’t want to be the weirdo of the class so I basically abandoned her. I regret that. I tried to google what was happening in sixth grade but I couldn’t go through with it, I had this insane fear that once I knew then everyone would know and they’d shun me. So I chose to forget it.

It wasn’t until seventh grade when I found hope. One of my cousins had a girlfriend and another was a lesbian. Knowing it just wasn’t me, I began my search. Instantly I was thrown into a fascinating world of colors and warmth. There was so much that I discovered and I soaked up every detail that I could. I read so many coming out stories and I found a plethora of gay books on Wattpad. Yes, I was one of those. Don’t judge me.

My next journey was coming out. Again, I turned to google for guidance on how to tell my Christian Gen X mother that I was attracted to both boys and girls.

I came up with squat. The past experiences and guides I found just didn’t seem like they fit my mom, I couldn’t picture telling her any of that without it going wrong in some way.

So I decided to just tell her when she was in a good mood. But I still got the standard, “You don’t know what you’re talking about, you’re too young.” Even though I’d been coming to terms with it for the past two years. I knew who I was and I didn’t want to be ashamed of it any longer.

So I came out to my friends.

They were so supportive and a couple of them were gay too! They taught me that being gay isn’t just how we feel about the same gender. Being gay is accepting yourself and knowing that you’re not alone, even when it feels that way. Because you have an entire community supporting you. I took comfort in that, so I hope you can too. 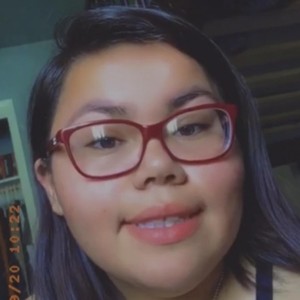 Hi! I’m Jackie and I grew up on a reservation. I enjoy doing new things and I have a lot of hobbies but reading and writing take the cake.