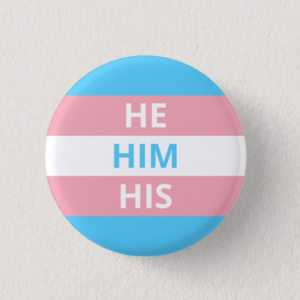 This is the first piece in a series of articles aimed at trans men, transmascs, or assigned female at birth (AFAB) non-binary people who wish to present themselves in a more masculine way. ...it will cover the medical and legal aspects of transition, along with non-medical alternatives that will help with social transition, reduce day-to-day dysphoria, and help bring your presentation more in line with your identity.

This is the first piece in a series of articles aimed at trans men, transmascs, or assigned female at birth (AFAB) non-binary people who wish to present themselves in a more masculine way. Together with other articles on this site, it will cover the medical and legal aspects of transition, along with non-medical alternatives that will help with social transitions, reduce day-to-day dysphoria, and help bring your presentation more in line with your identity. It aims to give a rundown of costs, practicalities, safety, and other considerations.

Please note that not everything will be relevant to everyone as each person’s journey is different. The short overview given here will be supported by longer articles on each aspect, as well as our crowdfunding community.

All prices given are approximate and refer to the United States.

Non-medical transition refers to procedures you can do without a diagnosis of dysphoria or interacting with medical or legal bodies at all. These solutions tend to be cheaper, more immediate, and less permanent than medical options. Generally, they are when people begin their transition and constitute the social aspect of transition, which many medical professionals require evidence of before they will prescribe other treatments.

For some trans people, these will be the main focus of their transition, and they fall into two broad groups: devices or clothing that help with dysphoria, and actions and habits that can be changed physically without medical intervention. The former are items like packers, binders, and stand-to-pee devices (STP). The latter covers actions like voice training, haircuts, weight training, and other more nebulous passing tips.

A Binder is an undergarment designed to flatten the breasts and present a more masculine chest, and binding refers to the practice of wearing a binder. Binders are designed to be a safe way of concealing mammary tissue without causing breathlessness or long term body damage.

Binding should not be done with duct tape, or Ace/elastic bandages.

Because a binder is something that sees so much wear, it may take some time to find the perfect one for you, but a basic one can cost anything upwards of $7. These are often designed for cosplayers or tomboys and do not flatten as effectively as those designed specifically for trans people. The better type – which tends to be more effective, longer-lasting, and more comfortable – can range between $20-$40.

A STP is a device which allows someone without a penis to pee while standing. This can be useful in public restrooms as it permits one to use a urinal. There are various DIY solutions and disposable models available, but commercially produced, reusable STPs tend to cost around $13.

HRT refers to the use of testosterone (T) to cause some of the body changes that would – in a cisgender man – occur during puberty. These changes include an increase in body and facial hair, changes in muscle mass and distribution, deepening of the voice, the ‘coarsening’ of the skin, and occasionally male pattern baldness1. It will also usually stop the menstrual cycle and cause changes to the external genitalia – notably the enlargement of the clitoris.

Because testosterone can cause side effects, such as weight gain, changes to blood pressure, and a possible increased risk of cervical cancer, doctors will usually perform routine checkups, including blood tests, to confirm there are no contraindications before prescribing it. Doctors will also monitor users at regular intervals to make sure it is not causing any problems2.

Testosterone is normally taken by oral tablets, injection, or by a gel. It is a prescription medicine and may be covered by a healthcare provider, or you may have to pay for it out of pocket. In the US, this could be between $100 and $500 a month, depending on the form, dosage, and concentration3 – in other areas, it may be covered with a standard prescription charge.

Bilateral Subcutaneous Mastectomy, also known as top surgery, is the removal of both breasts and is often performed with male chest contouring and the regrafting/repositioning of nipples to produce a more masculine chest shape. Of the various techniques used, the method that best suits you depends on the size of your chest and the elasticity of your skin4.

Often, grafts and chest contouring are performed during a second operation. As this is a major surgery, it is expensive (usually priced $3,000-$9,500)5 and is often not covered by insurance. An alternative is a breast reduction, which insurers may be more likely to cover, but can have contraindications for future top surgery6.

Phalloplasty is the construction of a neo-penis using a skin graft from a donor site (often the forearm). It is usually accompanied by the implantation of an erectile prosthesis – either during this surgery or later7.

Metoidioplasty, also known as meta, uses HRT to enlarge the clitoris, and then surgically repositions it to the approximate position of a penis. Tissue from the labia minora is then grafted to the area8.

In both phalloplasty and metoidioplasty, it is possible for the urethra to be extended to allow for urination through the penis while standing9. Both operations are generally accompanied or proceeded by scrotoplasty (the use of existing external genitalia to create a scrotum), vaginectomy, hysterectomy and oophorectomy (removal of the vagina, uterus and ovaries, respectively.10)

Of these two, metoidioplasty is the simpler surgery. However, phalloplasty produces a penis more likely to be capable of penetration. Again, this is major surgery that often requires two or more operations and could cost in the range of $4,000 – $60,00011. The large price range reflects the difference between ‘basic’ metoidioplasty – which simply repositions the clitoris – and the more complex surgeries.

In order to access any of these services, one will need to approach a healthcare provider and receive a diagnosis of gender dysphoria, which may involve a psychological evaluation. The exact procedure will vary a lot depending on the region. In the UK, diagnosis by a General Practitioner (GP) will lead to a referral to a Gender Identity Clinic (although it is possible to do this privately.) In the US, a lot will depend on your healthcare provider and insurance. In addition, it is worth researching any trans-friendly doctors in your area.

The usual clinical model is that HRT is prescribed first, followed by top surgery, and then by phalloplasty12. Most providers will suggest a minimum time on HRT before they will approve a person for surgery of any kind – a period which is usually at least 6 months13. However, if there are medical or personal contraindications to testosterone use, it is possible to receive gender confirmation surgeries without HRT.

Legal transition falls into two categories: change of name and title and change of legal gender. Changing name and title usually can be done simply and inexpensively, while changing legal gender may involve changing the gender marker on a birth certificate or the granting of a Gender Recognition Certificate. This often requires that you have already transitioned socially and begun to pursue some medical aspects of transition.

The exact procedure for both these aspects varies depending on region, and we hope to have more specific articles on this shortly. 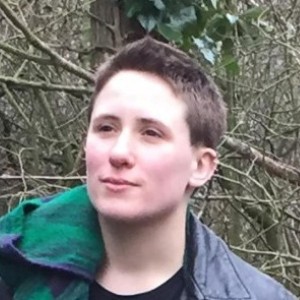 "Alys Wilfred Earl is a non-binary writer and storyteller based in the UK. Primarily a fiction writer, most of their work is in the horror, Gothic and crossover genres, although they also write on gender, sexuality for Pride Pocket. Scars on Sound, a illustrated collection of ghost stories, was released in April 2017, and their debut novel Time’s Fool is currently crowdfunding."