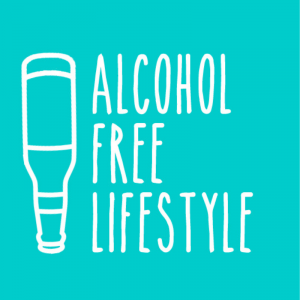 I was still fairly new to the queer scene in the city, and finding events where I didn’t feel alienated for being non-binary and not drinking felt like an arduous task.

In March of 2015, I quit drinking. This came after a (literal) dry run of staying sober for all of the year prior, thinking I had finally gotten my drinking under control, and realizing that I did not. It took me three months to realize that if I kept drinking the way that I was – predominantly bingeing on shots and wine – I would not make it to 25. My mental health was all over the place, and I noticed that my prescribed antidepressants weren’t working the way they should. This, I realized later, was because I was rapid cycling, a term used to describe when someone experiences four or more episodes of hypomania, mania, or depression in a 12-month period. I was once again self-medicating with alcohol for three months before I stopped completely mid-March, and was diagnosed with bipolar disorder a month later.

One thing that I found difficult during my first few years sober was the lack of community that I could find. I was 24, living in San Francisco, and the nightlife world had been my oyster. I was still fairly new to the queer scene in the city, and finding events where I didn’t feel alienated for being non-binary and not drinking felt like an arduous task. I wanted to make friends and be around people, but I did not want to sacrifice my newfound sobriety to do so and it felt like meetups and events were all held at bars, or in not-sober spaces. During this time, I found it easier to connect with people online, even if the chances of us meeting in person were slim. Because I quit cold turkey, I felt more tempted to get back into the swing of drinking. Literally that’s what it was for me, a swing – when I was drinking, there was no telling where my mood would land. It was like I was on an ill-fated pendulum.

Even before the current pandemic, I did not seek recovery programs and have largely done this out of my own sheer stubbornness. I have had moral support from my boyfriend, therapists, and peers, but have never taken part in any sort of program. I have also never thought of myself as “in recovery,” so much as just “not drinking.” As an atheist, the structure of the 12-step model is not for me – I don’t want to knock it, because I know it’s very helpful for many others, and if it works for you, that’s great! I find that talking about my struggles with drinking helps a lot, but am also faced with not wanting to be a burden on my other sober friends, especially not if my own experiences will trigger their own desires to drink. The vast majority of my friends still drink, and seeing this on their Instagram stories, even if I’ve been sober longer than I’ve known them, I still feel a sense of being left out. I have to constantly remind myself that I am not missing out on anything by not drinking, and am in fact healing myself by not engaging.

The beginning of California’s shelter-in-place lined up almost perfectly with my five-year sober-versary. Now that we’re seven months deep into shelter-in-place, I wonder what a world filled with sober, queer spaces will look like going forward. I’ve started getting Instagram ads for sober queer Zoom meetings, seemingly out of nowhere, but they’re coming at the perfect time. I feel that now more than ever, digital sober, queer spaces make finding community a more feasible task. That being said, I miss cafes more than any other public space. It’s a place where I can sit and relax with friends and not be pressured to drink. As someone who is now working from home, the idea of being on my laptop any more than I already have to is unappealing, and with more free time than I’ve ever had in recent memory, I find myself itching for something. My thoughts drift to drinking, sheerly out of boredom. Typically, when this happens, I revisit a zine series that has helped me in the past called “and now my watch begins,” by golden of Diasporan Savant Press (available here). In this series, golden recounts their time staying sober on their own path, while acknowledging that many recovery spaces are overwhelmingly white, straight, and cisgender.

Lately, I have come to the realization that there are more active ways that I can take care of myself during this tumultuous time for my brain. A few weeks ago, I started meditating, and have found that loving kindness meditations in particular have really soothed me in times of distress and anxiety. It’s important for me to stay grounded, especially with the toll that quarantine has taken on my mental wellbeing, and meditation has been helpful with this. I have also very recently started doing yoga in an attempt to bring my body into the picture. While I am stretching and getting myself into poses, I try to focus on how good it feels to be able to move my body in this way – something I would decidedly not be able to do had I kept drinking. I have predominantly been focusing on making sure that my body and brain feel loved right now, to remind them that they are my priority, because they have carried me through so much. I am really doing this for myself above all else.

Whenever I am asked, I say that remaining sober has been the hardest thing I’ve ever done. I would be lying if I said that the last five and a half years have been a cakewalk. Some days are harder than others, and some days are relatively breezy. When I’m hypomanic, the risks feel much higher and I am more inclined to think that maybe – just maybe! – that enough time has passed since my last drink to teach me moderation. I continually waver between thoughts of “I don’t trust myself enough to find out,” and “I respect myself too much to find out.” It’s a weird place to be, but I’ll take it for the time being. Even though I’ve certainly had my ups and downs over the time I’ve been sober, not drinking has been one of the best things I’ve ever done for my own mental health. Maintaining sobriety and trying to stay mindful about it has been tough but incredibly rewarding. The entirety of my sobriety journey, I have largely felt alienated in communities that are very drinking-focused, but I am finally realizing that I can find a community that meets my needs too, it will just take some extra digging. 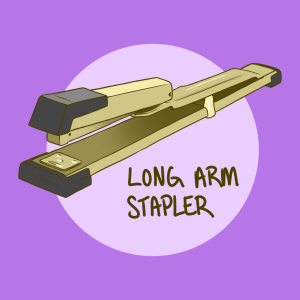