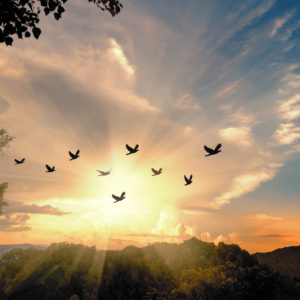 Being away from the negative people in my community and being by myself in my room most of the time has made it a bit easier I would say. Definitely not a piece of cake though.

When people think of small towns, I think a lot of the time they imagine some cute little place with a welcoming community where everyone gets along and loves each other. And while that’s not completely untrue it’s also not completely true either. As someone who has lived in a small town – that is technically labeled a village – for their whole eighteen years of living, I can say that small town aren’t always what they’re sometimes romanticized to be.

When I was growing up, I thought it was exciting to live in my small town. I was fooled by the rumors of small towns being cute and loving, but I soon realized that if you weren’t a certain way, you didn’t belong in this small town.

In my village, it’s rare to see any diversity. And I mean diversity of all types, races, sexualities, etc. There’s not much, not much to be seen at least. When I was younger, I thought that was okay, or more like, I didn’t know there was anything else but what I was seeing. I was unaware of this whole entire world full of different people that I would eventually realize were just like me. I only saw white, conservative, straight families. That was it.

Part of me always wondered why everyone seemed to be the same in my village. It was literally as if no one had a personality of their own. If someone by chance did show a personality that was ‘different’ from the others, you were usually labeled as weird or different. I always just did my best to copy what the others were doing and fit in, but I knew that wasn’t me.

I remember when I reached the age where I was allowed internet access. I was astounded by all the things I didn’t see in the community I was living in. It opened my eyes to a lot of things I was completely unaware of. It was, in every way possible, as if a whole new world had just opened up to me.

I ended up distancing myself from a lot of the socialization in my community and began finding safe spaces on social media websites, definitely at too young of an age, at that. But the internet became my home, where I learned about all of these different ways of life, and about other people’s experiences. The internet was my favorite place to be.

When I started figuring out my sexuality, I was confused at why there was no one else like that in the community. I was confused why people always talked about different sexualities in a negative light. There was not a bone in my body that could understand why being ‘different’ was such a bad thing.

I was in seventh grade when I came out as bisexual to a few of my closest friends. I was met with responses like, “This changes how I see our friendship,” and, “I don’t think I want to be friends with you anymore then.” I remember going home and crying and thinking I ruined everything. All of the masking and ‘fitting in’ I did was just ruined by a few words. All because I expressed who I truly was at the time.

I went to school the next day and everyone had found out. Some people ignored it, some people made a few dumb comments. It honestly wasn’t the worst experience, I guess? Most of the homophobia was indirect, so it wasn’t super hard for me (personally) to just ignore it. That being said though, it still did take a toll on my mental health.

My parents at the time didn’t really mind, My mom was someone who didn’t understand why labels mattered so much and she always told me “you be you.” So that’s what I usually did. More so on the internet than in real life, but I definitely did strive to be different than others throughout my school years.

When it came to high school, there was a little more diversity, a few more people had come out as different sexualities, and most people didn’t really care and stuck to themselves. Besides the daily, negative, indirect comments about the LGBTQ+ community, it was easy to just keep your head down and do your own thing.

I’d started questioning my gender probably as soon as I understood that it was possible to not feel connected to the gender you were assigned to at birth. But, I repressed a lot of that for a very long time due to the fact that I saw how people reacted to just a different sexuality. I didn’t want to see how people dealt with someone transitioning or being trans.

Junior year of high school though, there was a freshman who transferred to our school that was a trans boy. I found out he was trans in a not so positive way and I soon discovered that our school was not a great place for trans youth. He was called slurs and constantly made fun of for this fact.

I knew at that point I was not going to try and deal with my gender identity while being in such a negative community. Because of that, I missed out on years of being my true self, and sometimes I still regret this.

Being in quarantine during the last half of my senior year and so on, really gave me time to delve back into my gender questioning, although I wasn’t really sure I even wanted to after so many years of repressing it. Being away from the negative people in my community and being by myself in my room most of the time has made it a bit easier I would say. Definitely not a piece of cake though.

I didn’t publicly come out as trans masc until a few weeks ago. It was a very impulsive, spur-of-the-moment, possibly manic decision, but I don’t regret it. Having graduated for almost a year now, most people didn’t even care, and if they did, I had no idea about it.

Living in a small town definitely has its perks, but in my experience, it wasn’t amazing trying to figure myself out in a town where everyone was the same, and I so obviously knew I was not.

At this point, this village is holding me back, and once I get the opportunity, I can’t wait to move away from here and make friends and have experiences with people that are just like me. 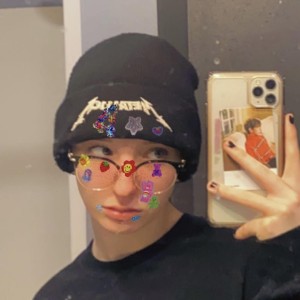