Does an LGBT Person Die? 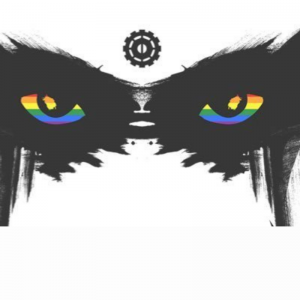 Out of those 1000 queer stories, 40% have, in some part, been about those queer characters dying. We don’t have to be killed off for dramatic effect.

“Does an LGBT Person Die” is one of the newer subcategories on the website, doesthedogdie.com. A site originally created to help people avoid movies where dogs die on-screen now extends the same courtesy to us in the LGBT community. Seems pretty specific, but when you click on the page, it becomes all too obvious why this is important. I counted well over 400 entries of users marking LGBT death on screen. These are all examples of movies, TV shows, and video games where a character is identified as LGBT in some way and then subsequently killed off. How am I supposed to feel about this? Are they martyrs or casualties?

I could see it in a positive light. That’s over 400 stories where the audience sees LGBT characters represented. In most cases, the queer character is important to the story, and when they die the audience has to emotionally deal with it. Death is big and important, and storytellers love to use it for dramatic effect to get their points across. Maybe the audience is sad to see the character go and empathizes with them and their loved ones. Maybe this helps humanize that character more and someone watching has positive or sentimental feelings towards a queer person that they’ve never had before. Maybe we gain a new ally in the fight for LGBT rights. Maybe I’m projecting. But any representation is good, right? Normalizing gay people in media is always going to be a net positive for us as a whole no matter how it’s done. Right?

We’ve been crying out for more LGBT representation for decades. At the start of 2000, we’d been represented in roughly 180 movies and television shows, and most of those representations weren’t particularly flattering to anyone. Now, in 2020, we’re sitting at almost 1,000. That’s 1,000 LGBT stories in some shape or form, which have been shown to a mass audience. Amongst those stories have been more than their fair share of “gay-best-friends,” unflattering stereotypes, and demonization. But there have also been best picture winners, laugh out loud comedies, and exciting adventures, all with queer characters at the helm. And now, more and more, we’re getting what we’ve always wanted. Good characters, in everyday stories, who just so happen to be LGBT, and it’s not the main point of their character arc.

Not every story is a love story, so why should who I love be the most important thing about me if I’m just a supervillain trying to get revenge on those who wronged me while I steal millions from the stock market? Being gay is just one part of my very detailed backstory and only matters when I’m coyly flirting with the hero. The rest of the time, I’m just doing crimes, and that’s what really matters. I’m charismatic, I’ve got a lot of goals I want to accomplish, I’m really good at what I do, and also I’m gay. If 1 in 20 people are LGBT, then the same rate should apply to supervillains.

Then suddenly I die. Good, the hero is supposed to win and the bad guy gets what he deserves for his crimes. All is right in the world. How about if I’m a happy girl in one of the few lesbian relationships on TV? I go to college, I fight crime with my magical powers and all my friends, and I just happen to be dating a girl on the side because this is a teen show and everyone has to date someone. Then I suddenly get shot in the heart by a stray bullet. The other characters grieve and grow because of it and it furthers the plot, but why did it have to be me: the gay one. Any of my friends could have been the one to die and they could have written a very similar aftermath, but they chose instead to take away half of the gay representation this show had.

Out of those 1000 queer stories, 40% have, in some part, been about those queer characters dying. We don’t have to be killed off for dramatic effect. We can solve crimes, negotiate with aliens, travel the world, and maybe, sometimes, fall in love. Death and pain can make for very compelling storytelling and there have been some very well handled, powerful LGBT death scenes out there. But don’t write us just for cannon fodder. Everyone loves to see people on screen they identify with, especially when it’s a rare sight, and when you connect with a character, you want to see them be happy. Happy endings, don’t play as well in 2020 as they used to, everything needs to be dark and gritty. A lot of LGBT history has been dark and gritty and we’ve had enough martyrs and causalities in real life. Why not try writing us a happy ending every once in a while? We’d really appreciate it. 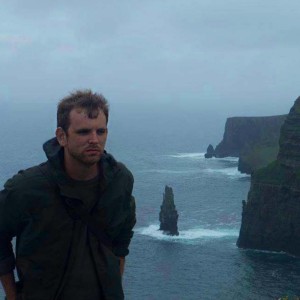