Every child should have the right to equal and fair education; they should also be able to feel safe while getting this education, but unfortunately, this isn’t always the case.

The fight for equality has advanced remarkably in the past decade, however, there’s still a lot of work to do. In a survey taken by The Gay, Lesbian, and Straight Education, which reports what the school climate was like for teens in 2015, horrifying facts about being LGBTQ in school were revealed.

Every child should have the right to equal and fair education; they should also be able to feel safe while getting this education, but unfortunately, this isn’t always the case. The GLSEN study found that “57.6% of LGBTQ students felt unsafe at school because of their sexual orientation, and 43.3% because of their gender expression”[1].

School should be a place of education, not the place of fear that it’s become for LGBTQ students–many of whom are missing school because they feel so unsafe there. Imagine not feeling safe enough to attend your homecoming or graduation. Unfortunately, researchers found that LGBTQ students “reported avoiding school functions and extracurricular activities at a rate of 71.5% and 65.7%, respectively because they felt unsafe or uncomfortable”[1].

When it comes to sexual harassment, “59.6% of LGBTQ students were sexually harassed (e.g., unwanted touching or sexual remarks) in the past year at school” [1]. As for online harassment, “48.6% of LGBTQ students experienced electronic harassment in the past year” [1]. The feeling of safety is one thing, however, physically being in danger at school simply because a child is LGBTQ, is absolutely unacceptable. This becomes especially concerning when educational spaces purport to have anti-bullying policies in place.

Administrative behavior and attitudes dictate how incidents of harassment are reported, so it is unsurprising that “63.5% of the students who did report an incident said that school staff did nothing in response or told the student to ignore it” [1].

When schools ignore reported incidents of harassment, LGBTQ students are less likely to come forward with future issues in fear that they too, will not be taken seriously– resulting in the fact that“57.6% of LGBTQ students who were harassed or assaulted in school did not report the incident to school staff” [1].

While all this information is daunting, there are ways to try to lower these statistics. If schools start taking reports of harassment seriously and better educating their students on how to treat LGBTQ individuals with equality and dignity, we can bring these statistics down and start providing a truly safe school environment for all students.

These incidents of harassment are preventable. It is up to us to advocate for communities and schools to include LGBTQ issues through support and outreach programs, which are essential for the safety of our children and the development of a society that prides itself on freedom and fairness. 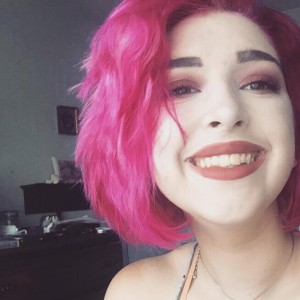 Marlena Penninella is a seventeen year old high school senior who’s been writing for five years and is a member of the LGBTQ+ community. She’s very passionate about LGBT+ issues especially issues an LGBTQ+ Young Adult might face. Her ultimate goal is to educate and bring awareness through her writing.