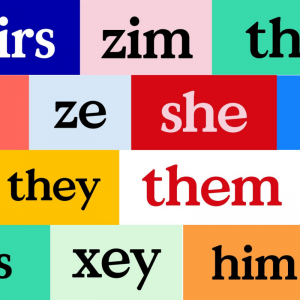 An ever-growing number of people openly identify differently than their assigned gender. As a result, it is imperative that we actively inquire as to what people identify as.

In a study done by the Williams Institute (2012-2017), an estimated 1.4 million US adults identified as transgender. Since that study, the LGBTQI+ community has continued to expand. An ever-growing number of people openly identify differently than their assigned gender. As a result, it is imperative that we actively inquire as to what people identify as. The more we do so, the more we will be able to respect the identity of those within our lives.  Below are seven ways that you can respect people’s gender identity.

Asking non-judgmental questions will prevent you from disrespecting their identity in the future. Having a conversation about something so unique like gender is also a great way to build bonds with people you care about.

Depending on how one identifies, one may feel more supported and authentic when being complimented in specific ways. As of now, many compliments are still heavily associated with gender binary stereotypes. Stereotypes say that we should compliment women-identifying people with words like beautiful and pretty, or that we should call male-identifying people with words like strong and handsome. In reality, identity is such a vast spectrum that many simply do not fit into these stereotypes.

Once someone tells you their pronouns, they have just told you about a part of their identity. Identity is a core part of being human. When one does not accept someone’s identity, they are by proxy unaccepting of the entire person. Identity is not a topic to be debated like pineapple pizza. In fact, identity influences our entire lives.

By letting people know your pronouns, you are creating a space that respects transgender and nonbinary identities. The more we tell others our pronouns, add pronouns to social media profiles, and add pronouns to signatures, the more normalized it will be for society to respect transgender and cisgender identities alike.
In a 2012-2015 survey published by the American Academy of Pediatrics, more than half of the transgender male teens reported attempting suicide at least once in their lifetime. Additionally, 29.9 percent of the transgender female teens participating had reported attempts of suicide, while among non-binary youth 41.8 percent of respondents reported attempted suicide. With so many transgender people attempting suicide at least once in their lifetime, it is imperative that we work together to create a more respecting, accepting and safe environment for transgender people. By respecting gender identities, we can save lives. 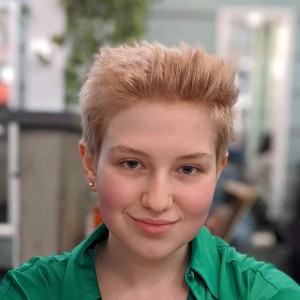 Mariasha Schtroks is a non-binary writer who writes about gender equality and LGBTQI+ subjects. They would love to hear from you on Instagram @mariashaschtroks.

PrevPreviousHow my Fear of Rejection Deterred me from Self-Discovery
NextMy Family Was Ready to Communicate, but I Wasn’tNext