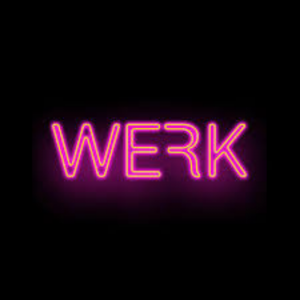 For decades, LGBTQ+ people have been acting like hetero-cis-normies in order to impress a job interviewer, or get a new client.

We all know that the American job economy is trying to claw its way out of the unemployment dip. Many people (including myself) are on the lookout for a return to reality, and a steady paycheck. In general, LGBTQ+ people tend to face higher unemployment rates. But this past June, the U.S. Supreme Court’s decision decided that businesses cannot terminate an employee’s position based on their sexual or gender identity. So I think, as a result, it’s now going to be the new woke-trend for a company to hire LGBTQ+ people. Organizations will be looking for more Queer approval than Bud Light when they came out with a rainbow bottle and a hard seltzer.

Straight people: you want that job? Sorry, but being yourself is no longer hirable for you. For decades, LGBTQ+ people have been acting like hetero-cis-normies in order to impress a job interviewer, or get a new client. Now, the tables have turned. Queerdos: after years of being told to “tone it down,” let’s tone it up! I can truly only speak from the position of a gay man, so here are a few things I was afraid would give away my sexuality, and are now essential tools for getting a job.

I’ve definitely been guilty of hindering my walk into job interviews. I didn’t want to come off as “flamboyant,” like I was walking into a Grindr hookup. I was walking in like a turtle that wanted to crawl in its shell. I should have strutted in like a peacock that wanted a job at a law firm. Walking in can make or break the interview. How you carry yourself can show how comfortable you are in that setting.

Straight guys: Learn to sissy that walk. Treat that office hallway like a catwalk. Forget dress shoes; get yourselves some Stilettos and prance in with a strut that practically says, “I should already have this job.”

This is the ideal candidate: https://tenor.com/view/move-im-gay-work-workplace-office-gif-13962257

I’ve always been afraid that a “kween” or “gurl” might slip out of my voice after saying it all night with my friends at the gay bar. More broadly, I was scared of having a “gay voice.” I actually thought if my voice had a bit of an inflection, it might make them think “Oh, he may be ‘a bit much’.” Now, it’s essential in identifying yourself.

Straight guys: Open that mouth and turn that “Yes,” into a “Yaaaas!” And if you truly are feeling yourself, tag on a “kween” at the end of your response to bring it home. For example:

Interviewer: So it says here that you worked at your last position for five years, is that correct?”

It would also be appropriate to incorporate snapping your fingers, just to put a bow on it. If they give a look of disapproval, or say something like “you seem to be a bit much,” that is homophobia. It is then your Gawd-given right to cause a scene and report that Negative Ned or Nancy to their HR.

Sometimes it can benefit you to bring up your significant other. It humanizes you, makes you relatable, and shows that you have someone to bring to the company picnic. I’m not telling you to talk about how the two of you met, or asking the hiring manager to weigh in on your most recent fight. But straight people bring up their significant others all of the time in little ways (“My girlfriend and I have been meaning to check out that restaurant,” etc). I was always unsure if I should ever mention my boyfriends if I had one at the time, even if they were a significant part of my life.

Straight guys: It is now crucial for you to make up a boyfriend for yourselves. You want that marketing job? Conjure up a Hector or a James for yourself. If your hiring manager likes golfing, mention how your Boyfriend just got you into it. They like that new brewery out of town? You and the BF have been thinking of checking it out. Slip that in as casually as you would your girlfriend.

Maybe it’s not the best idea to bring up everything going on in your life on the first impression, and maybe you should refrain from calling your hiring manager a “Kween.” But it is essential to everybody (most importantly yourself) that you can show that you are comfortable in being who you are. You are entitled to let your personality shine through just as much as any hetero-cis person when showing a company or a potential client what you bring to the table. That is what’s going to help you find the right workplace, and it’s also what will foster growth in a company’s work environment. 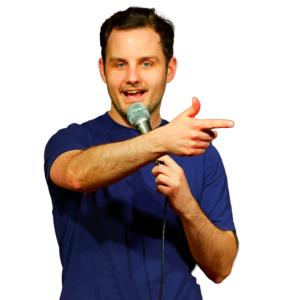 Dan Frank is another comic/writer trying to make Brooklyn, NY gayer. Originally from Vermont and Upstate New York, he has been a featured comic on Mutiny Radio in San Francisco, as well as the GEM Festival in Glens Falls, NY. Check out his upcoming shows at danfrankcomedy.com!

As humans, it’s natural to change our perspective and find new things out about ourselves

Hopefully you get a chance to check out some of these apparel companies!

Like many others, you have probably spent a substantial amount of time indoors this year.  The avid reader may have gotten their hands on a